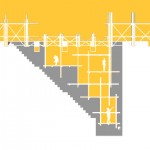 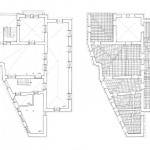 A most humble and sincere prodigy, Sonam Wangchuk, descending from the mountain tops of Ladakh on the 26th of April, imparted to us at CEPT University, a riveting discourse on his work stretching over the past twenty years. Although he may be a mechanical engineer by education, he is no less than an architect, an entrepreneur, a scientist, an educator and a brilliant innovator. He is the founding-director of the Students’ Educational and Cultural Movement of Ladakh (SECMOL) which was founded in 1988 by a group of students who, in his words, “had been the victims of an alien education system foisted on Ladakh”. He is also known for designing the SECMOL campus that runs on solar energy and uses no fossil fuels for cooking, lighting or heating.

In recent years, he has invented the Ice Stupa technique, one by which water collected from the melting glaciers is frozen and stored in the form of massive cones in Summer and all through Winter (when it is readily available but least required) for use in Spring (when it is most required but not available). In Spring, this water is used to irrigate the still-young trees, planted to green the Ladakhi desert. It is Wangchuk’s dream to build a university in a new Ladakh, one that is more green and habitable.

His awards range from The Rolex Award for Enterprise to the GQ Men of the year awards.

Sonam Wangchuk shared his ideologies with a gentle sense of humour and passion, combined. He perceived India to be divided into two spectrums by the River Indus, and exclaimed that he was here to share stories from their own end, that is, from his little world in Ladakh. He believes educational reform is vital, as the very fact that every student is subject to rote learning and similar techniques of teaching despite an understanding of their individuality is claustrophobic to even think of. When he started teaching to fund his own education, he noticed the scene wherein 10th grade students had a failure rate of 99%. He realised that the fault was in the system, and not in the student; and thus, vouched to transform this reality by expatiating the matter at length. He transformed the teaching system and changed the scene entirely by dropping the fail rate at 25%. However, he did not stop there and he, along with the same 25% failed students, decided to start a school, whose construction and design would also inspire learning into students, who would participate in the same. The school, Students’ Educational and Cultural Movement of Ladakh (SECMOL) was founded in 1988 by a group of students who had been in his own words, the ‘victims’ of an alien education system foisted on Ladakh. He is also known for designing the SECMOL campus that runs on solar energy and uses no fossil fuels for cooking, lighting or heating. This brilliant design transformed the scene for students who had given up entirely, and students from this institution were trail blazers for many more to come. A completely climatic responsive design, this institution utilised natural resources as efficiently as possible, and engaged young students as a part of the problem solving committee in making these decisions. His belief lay in breaking the ritual that students needed to perform in a classroom and solve their problems separately, but instead, they needed to be educated on solving those problems in the first place.

Ladakh, he explained, was a desert land that lay in the rain shadow regions of the Himalayas, thriving only on oasis formed by channelised glacial water into flat lands between the mountains. It reached a 35 degrees in summer and a negative 35 degrees in the winter.

“Ladakh is a minority not only in terms of being an ethnic or a cultural minority, but we are a sort of climatic or technological minority.”

The school, was built entirely out of rammed earth and contained plastic greenhouses to trap the summer heat and use it during the night hours. It remained warm during the winters and cool during the summers, and made up for in heating costs. Trees were planted as wind breakers. The sun movements were charted to respond to during both, summer and winter months. A response to the sun was meted out such that the school was well lit and ventilated naturally, all year round. The school ran through student responsibilities which imbibed an overall learning of maintenance, governance and communication skills in them.

He expressed the need for constant innovation and idealisation in Ladakh. Without it, he believed, it would not be possible for the people of Ladakh to utilise their resources.

When people discover their own selfish interests, is when the rest of the world suffers. Wangchuk solemnly explained that the reason rammed earth as a sustainable and eco-friendly resource of construction had died over the ages, was simply because no one really benefits from this scenario. No one needs to sell earth, it is locally available everywhere. The market does not benefit and hence in the name of brutal “modernisation”, people seem to have forgotten that the way to move forward is to take a step back. He discovers a free standing rammed earth structure which had stood the tests of times, just a few kilometers from the site of his school, and used those techniques to derive the construction systems and material knowledge that lay within those walls.

“Ladakh is a minority not only in terms of being an ethnic or a cultural minority, but we are a sort of climatic or technological minority.”

He used these systems, coupled with solar systems for electricity, cooking and water heating to build a self sufficient school that was run and controlled by the student body to drive experiential learning. He aimed at popularizing the rammed earth construction scheme in the higher strata of society, so that it easily becomes an idealization for the poverty ridden sector, and will not be demarcated as a scheme for the “poor” to be looked down upon. Another efficient system he derived from simple calculation was the CST or Campus Standard Time, which stood at an hour ahead of the IST. This system ensured that students would sleep earlier, and hence wake up earlier, to utilise the beautiful and natural early morning light. His slight back calculation led him towards the discovery that if all the 7 billion people on the planet were to sleep early and wake up early, we could have saved enough energy to be able to shut off all nuclear and solar power plants! “Just by sleeping right, we can save the earth.” he exclaimed, chuckling.

He engaged students by focussing at what they wanted to do, rather than forcing them to do something. He drove learning through enjoyment and skill development, like farmers who learn from their fathers by hands on experimentation and learning. This earned him The World Earth TERRA Award and the Global Sustainable Award the year after.

Sonam Wangchuk is a man of keen observation and applied learning. These are the skills that made him solve a great problem for his city, the crisis for water shortage because of sinking glaciers. Spring time in Ladakh is the biggest challenge because all plants are thirsty at a time when there is no water in the glaciers. All the water has melted and flown away, out of reach, leaving a stark water shortage in the  months of May and June. This however, was until Wangchuk discovered a block of ice under a bridge, sustained in its solid state, even in the summer month of May! The gears in his mind were activated, and he worked on the reasoning until he recognized that the reason behind this

this was lack of direct sunlight which was the pivotal differing aspect. This made him think day and night about providing shelters for ice, until he realized that this was futile. All he really needed to do was work with geometry, and figure out how large volumes of water could be stored with minimum surface area in the form of a solid shape. The answer to that was a “cone.” He realized a cone was a shape that exposed minimum surface area while containing maximum volume, of all the geometric shapes. This led him to the discovery of an Ice Stupa. Using the principle of a pressure fountain, he combined the law of gravity and latent heat to form a pipe which would rush water out as a fountain, making it lose its latent heat and freeze as solid lumps of ice in the shape of a cone. Their first module stayed frozen until May 18th, while the second one stood the test of time for another month. This then melted to form a glacier which was directed to deserted fields and is now the source of water for a number of fields of trees and grasslands around Ladakh. This was a raving success, which completely changed the game of Ladakh’s climatic issues, and paved the way for further innovation and understanding. Wangchuk had the Ice Cone transformed into a stupa through prayer flags hung across from it, and people payed special visits and pilgrimages to the Ice Stupa at Ladakh, paying their dues to the mastermind innovation!

The awards that these successes won him, earned him enough money to venture into the creation of a self sustained university at Ladakh, which would house a school of business, education, tourism, hospitality, and more. This project is in full fledge appraisal by the Dalai Lama himself, who is its’ chief patron.

Wangchuk’s thirst for innovation and learning drives us to aspire and dream, to think and to create, and to never back down in the wake of challenges. We learnt a manifold from his visit to CEPT University, and we wish he aspire many more beginnings.