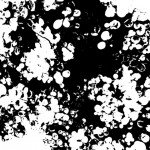 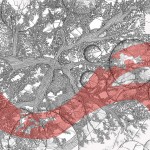 On 12th September Ms Shilpa Ranade presented a part of her research and shared some of her suggestions about public spaces that are more inclusive towards women.
Ms Shilpa Ranade is a practicing architect. Her research work has focused on women and public spaces, published in a book co-authored by her titled “Why Loiter? Women and Risk on Mumbai Streets” which serves as a reference for many studies on this subject.
The article conveys the author’s understanding of the presentation by Ms Ranade on women in public spaces which took place on.

During her research at Pukara, she used two mapping methods to study the differences in behavior of men and women. In both methods people were classified based on gender and age. The first method called putting people in spaces, generated space snapshots within a time frame. Land use is frozen but occupational space is dynamic hence people were classified as stationary and moving. The second method called the tracing path generated user trails within the space under the given time frame.

The snapshots concluded that considerably more men use public spaces than women. And women are barely stationary as they go out with an agenda and they are always on the move.

The only juncture when they found women lounging around was outside a school sometime around closing bell; motherhood gave them the opportunity to go out a bit early to talk with friends while simultaneously accomplishing the purpose of picking up the children. From user trails and interviews it was found that women subconsciously choose the path that avoid groups of men on the way. Women usually move about in pairs, accomplish the purpose and get back while men prefer to dawdle. Although women are assaulted more in private and men are assaulted more in public, men move around more brazenly.

This topic has been under discussion since the recent public outrage about violence against women. These outrages have led to ramifications such as intensified policing which might seem appropriate from a nomadic perspective but it further restricts women from public spaces. Public attitude and social dogmas are the major factors in how women feel in public spaces, but design also plays a crucial role as Ms Ranade declared, “Design cannot change, but will help.” This often ignored perspective focuses on improving accessibility by designing safer and more inclusive public spaces. And to design such spaces, it is important to understand how women use public spaces. It might be cavalier to say ‘women’ as their behavior changes from teenage years; territorial space expands in case of males while it shrinks for the fairer sex. Usually women do not go out without an agenda as social dogmas suggest that good women do not dillydally.

To experience the city women, generate a purpose, so a woman waiting for a friend would rather wait at a bus-stop where the purpose of catching a bus would be the camouflage.

While dawdling, women prefer privatized public spaces such as cafes and malls where restricted entry induces a sense of security. Restriction either by entry fee or status generates exclusivity, but at the same time it eliminates certain threats. Public space accessibility co-relates with financial status: within the same economic class, men have more access than women. Accessibility also is subject to affordability and apparently the affluent will have access to more spaces. (Accessing a space is a matter of choice, so choosing not to access is not termed as denial of access.) 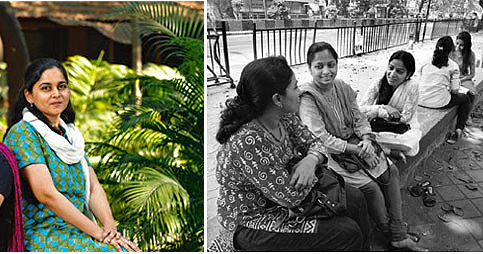 Public facilities are usually designed for a neutral user and gender characteristics are not accounted. For example, public toilets need to be more spacious and having more booths for women, but very often they are designed regardless of these facts, sparing more space for men than women. The assumption here is that fewer women go out and need to use toilets. To curb anti-social elements, the current approach is to design exclusive spaces which excludes some users and in turn harbors anti-social elements, while neglected public spaces like old parks also tend to harbor anti-social activities. Instead, more inclusive, maintained and occupied spaces can discourage and curb such activities. Designing better, safer and hence welcoming spaces can encourage not only women but also children and the elderly to go out and enjoy the city and fresh air.

In addition to the need to change public attitude and develop a mindset that permits women to take risks without being questioned, there is a real need to design better spaces.

All rights reserved.
To request permission to use or reproduce any of the content from CEPT Portfolio please contact portfolio@cept.ac.in