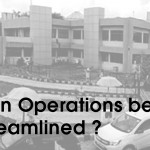 From Landscape to Portrait 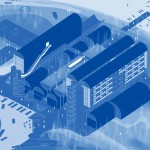 The nature of environmental problems and challenges has been varying across various communities, geographical regions, and states of India. In such a large economy, the emerging environmental management system indeed has to be unique in character, which has to match the diversity of its people. The community pressure and the participatory planning in India have played a significant role in many of the environmental rejuvenation projects, in the past.

But is this Participatory Approach really an inclusionary process in India, incorporating everyone’s views in the society?? The answer is very clear from the term – environmental discrimination, which is an impact of public participation procedures that inherently, not intentionally, discriminates and favours some section of the population. This paper explores whether such participatory process are truly inclusionary as envisaged by giving an equal voice to all the stakeholders. Taking the example of public participation in water body redevelopment initiatives, an attempt has been made to evaluate the outcomes of such processes.

Participatory planning, in author’s view, is empowering people to be social actors rather than passive subjects. It involves all categories of people directly and actively in all stages of the management and decision-making process of environmental rejuvenation. While I was researching the potential of participatory planning as a tool to empower communities, it soon became evident that most projects face similar challenges. Data for this paper was derived by systematically analysing few case studies of lake rejuvenation programs in various countries. The author concludes that public participation in environmental management is marked by consistent class of people.  The ones with least social access are likely to have slightest of knowledge about such environmental management decisions that ultimately affect their lives. As a consequence, they consistently bear the greatest environmental and social impacts of those decisions. Inspite of the acceptance of the government of the participatory tool in planning, all the communities are still not the part and parcel of the planning and budgeting which are crucial in decision-making.

Taking example of Uganda’s Lake Victoria, this lake served as a valuable resource to the region. Despite the enormous importance this lake, it had been undergoing a number of threats with its water volume dropped tremendously in the last 3-4 years. After communities enlightened on how vvvvvvvvvvvv

important the lake is in terms of the number of people it supports, they rose up their voices, irrespective of the class and gender.  Both community leaders and members were very happy with the package of the training session covering Lake Victoria. Everybody including all people of the community as well as political members participated to join hands in conserving the lake.

Next instance is of Tsomgo Lake, Sikkim which had a decentralized approach. The guidelines decentralized the administration aspects of the lake conservation programme to the local urban poor community. This lake co-management policy is amongst the first of its kind in the country and the emerging trends are very positive. The local community including the urban poor near the Tsomgo Lake took the initiative to organize the first public meeting in May 2007 to constitute the lake conservation committee. Such decentralized methodologies, where the local community plays an important role, are needed to be pivoted and showcased to bring about optimistic variations in this landscape.

The important fact is that the end user of the plan is the community and the success/ failure of planning proposal is dependent on it. Participatory planning is being used as a word of fantasy wherein the community has no role to play. This encourages dissatisfaction amongst the people and they lack a feeling of responsibility & ownership of the plan. The success or failure of plans is thus a big question mark. Hence, the need for greater participatory planning, from all class of people, in environmental decision-making has been highlighted in this paper. It should be emphasized by leaders at all levels of government.

This is an abridged version of a research paper by Nida Haque, that was selected for presentation at the 6th National Seminar on Architecture for Masses at Jamia Milia in New Delhi, on 22 Feb 2018. The paper got featured in Environmental Remediation and Rejuvenation, a publication by Wellworth Books International that was released at the seminar.