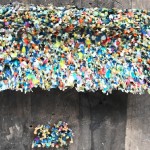 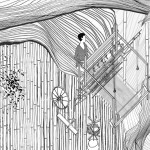 This showcase captures the observations and learnings of a B.Tech student, during a four month internship. He witnessed the construction of the Mumbai Metro Line.

MML-3 is a 33.5 KM  long underground corridor running along Colaba – Bandra -SEEPZ. MMRC is the nodal agency responsible for the implementation of MML – 3 project. Two independent tunnel tubes each containing a single track will be used for connectivity between the proposed stations. This ambitious project, the long corridor running along Colaba – Bandra SEEPZ, envisages to de-congest the traffic situation in Greater Mumbai.

Highlights of some construction processes witnessed on site -

In the bottom-up method, the retaining wall is constructed along the station or tunnel box boundary prior to excavation. Excavation is carried out to a certain depth and then the strutting system is installed to support the retaining walls during excavation and construction of the station. After installation of strutting, a system is completed and final formation level is reached, the base slab is cast, then going from the bottom upwards the concourse slab is cast in accordance with normal procedure.

The tunnel is typically advanced by road header or drill and blast methods, sequential excavation is normally adopted i.e. top heading, bench and invert. The bench is excavated simultaneously to the top heading behind the excavation face, providing a ramp for access to the heading.
Some distance behind the bench, the invert is excavated. If the ground condition is unfavorable, an invert will be provided to close the lining, forming a complete ring.

Note: This project is the result of a student’s observations and documentation, and does not necessarily represent the views of Mumbai Metro Rail Corporation (MMRC)

To request permission to use or reproduce any of the content from CEPT Portfolio please contact portfolio@cept.ac.in