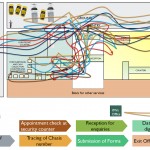 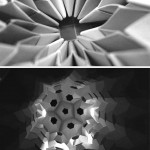 I am text block.change this text.

Bathed in the holy water, wrapped in saffron muslin and placed on the wooden pyre,

the dead are consumed by the flames in the largest crematorium,

in the oldest city, on the holiest river in the world.

Stretching along the western edge of the sacred Ganges, the city of Varanasi is Hinduism’s spiritual capital. It has 84 ghats along the river, accessed through narrow alleys, each is a result of a unique story and purpose that led to the emergence of a riverfront that consists of series of steps, platforms and pavilions leading to the river Ganga. Overtime, it is perceived as a singular elevation made of diverse elements and actions.

For almost 5000 years, Hindus have believed that if they die here and their ashes are scattered in the Ganges, their souls will be liberated from the cycle of birth, death and reincarnation. The ritual of death has taken a new meaning in this city of Shiva, where fear of death is converted into a never-ending celebration of salvation. Here, the Manikarnika Ghat provides a spiritual shortcut for this gateway to heaven. In Varanasi, life and death mingle freely. A unique community called ‘Dom’ has been burning corpses for centuries now. Though they are social outcasts, they play a pivotal role in rituals of cremation. Earlier, limited only to locals and higher caste Hindus, the luxury of getting cremated at Manikarnika Ghat has become easily accessible for Hindus across the world because of the overall economic stability and booming tourism market.

Now, with no significant development and limited space, Manikarnika Ghat is serving as many as 300 cremations per day. This

This human exceptionalism and uncontrolled profit driven industry of death has not only led to unhealthy environmental conditions and but is also fuelling an insensitivity towards the bereaver. Each year 350 tons of partially burnt bodies, and 1000 tons of ashes and cremation-related materials are discarded in the river. Poor Air quality around manikarnika ghat affects the wellbeing of the neighbourhood it resides in and communities it serves. Mother of the city, Ganga is a flood-prone river. During high water levels, narrower usable space makes conditions even worse.

A place which leads us to transcendence, now seeks an intervention that looks the context sensitively and holistically. Perhaps what is required is – architecture that effortlessly fits the historic context of Varanasi, yet, makes its presence felt by responding to today’s ambitions of a clean Ganga and healthier living environment. The proposed design forms a system of layers of activities which is guided by the typical routes/ journeys one must take. A coherent balance of technological advancements and ritualistic precedence is proposed by multiple crematoriums and a series of platforms, pavilions and steps along the ghat leading to the turbulent and holy waters of river Ganga.

I am text block.change this text.