The Magnificent Forts of Madhya Pradesh 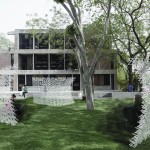 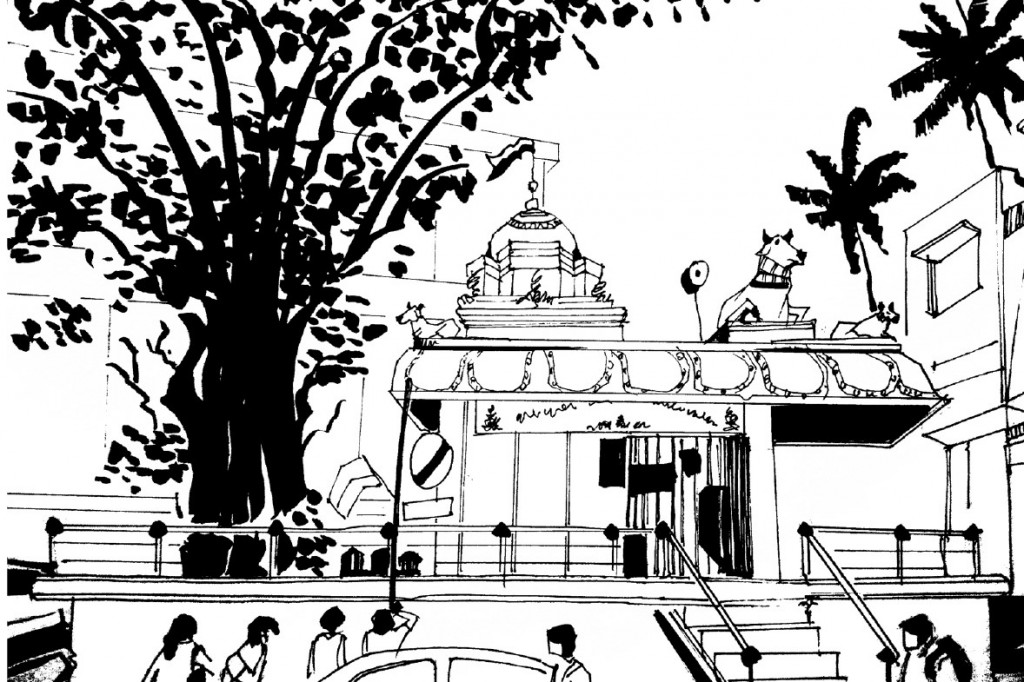 The focus of this winter school was to study the practice of tree worship which continues to be a part of the everyday culture of the people in the city of Bangalore.

In response to rapid urbanization, planners & administrators seem to concentrate more on the improvement of the physical infrastructure. It is found that certain traditional social spaces in the public realm that have great potential in bringing people together and make cities lively have been ignored. This study hopes to understand one such social space – the katte.

Katte is a Kannada word for a platform. The word is popularly used for platforms around a tree that encourage people to gather around either for religious practices (ashwath katte) or for casual conversations (somberi katte). The katte that this study focuses on is a ‘somberi katte’, mostly used for recreation purposes.

This project was carried out in groups of three and each group studied one site in detail, often also comparing it with another. This post showcases the study of one such site out of a total of eight covered.

The approaches of the group projects varied from understanding the linkages between the ashwath katte & the informal economy; applying Kevin Lynch’s principles of settlement form to the ashwath katte and its neighbourhood; identifying relationships between movement patterns of residents & urban space; comparing the ‘ashwath katte’ in Karnataka to the ‘aal thara’ in Kerala; considering how pedestrianization may help sustain such neighbourhood community spaces; how the ashwath katte and kalyanis (tanks) developed together as social & religious spaces; studying the ‘somberi katte’ transforming within urbanizing villages in the city; looking at how transport networks shape how people use social & religious spaces.

The case of katte at Gottigere, Bannerghatta road, Bengaluru

The image gallery displays the case study of Somberi katte by group 7.

The study area is located in the Gottigere village, which is in south Bengaluru. The banyan tree and the katte has been an integral part of the village. But gradually with time and rapid urbanization the village became part of the city. This katte sits in a context that is mostly residential and the rest commercial. The site chosen by this group is unique from that of the other groups because this katte has a banyan tree at its centre, unlike peepal as in case of all others. Moreover it is not associated with any religious practices.

Over the last few decades, this katte has witnessed a major shift in the kind of activities that were carried out around it by the neighbourhood people. (In the gallery above) the evolutionary timeline maps this shift over the years while the activity timeline maps the various activities over a typical day. It is primarily these activities (non-religious) that define the typology of a ‘somberi’ katte and differentiate it from an ‘ashwath’ katte.

Initially when Gottigere village was not the part of Bengaluru city, this place was being used as a panchayat katte to solve the disputes among the villagers. It is only in the least few decades that it is being used as a somberi katte.

Gradually, over some period of time the panchayat katte lost its identity. It started being used as a place for casual conversations and other recreational purposes. In the last few years it is being used by the homeless to sleep.

The kalyani katte, primarily a religious site, has a spot where two benches are set up and frequently used by the locals for casual conversations and relaxing, just like a somberi katte. But unlike our study area, none of the visitors use it as a place to sleep in the afternoons or nights. People visiting this place in kalyani katte are mostly the ones who come to visit the BBMP office nearby and tend to pause for some rest in the peepal tree’s shade. In comparison, the somberi katte is mostly surrounded by beggars and the homeless. In somberi katte along with the shade of the tree, it is the cigarette stalls beside the katte which attracts certain set of people to spend time there. These kind of activities are not found in the so called somberi spot of the kalyani katte which is used for religious activities.

“…it was used for panchayats and to play

rustic games on festivals. These practices have faded with time.

Now it is used by beggars and the homeless to sleep.”

“Beggars bring all sorts of food and cook it behind the tree, which makes the

place dirty and unhygienic. Neighbourhood residents will not shoo them

out of sympathy, but if a deity is established here

then people will keep the place clean.”

The old lady told us, ” I’m the owner of the small kirana shop on that katte which was started 15 years old, my son helps me in looking after the shop. This Banyan tree is approximately over 200 years old. The tree is having katte since the time when I was a child. Recently few years back we, the villagers have renovated the katte by our own interest without any political support”. She added “The katte is a common place for all the villagers to gather around on daily basis”.
When asked about the history of the tree she told, “The peepal tree katte near the bus stop was supposed to be the main panchayat katte when I was kid ( 60-70 years back). This somber katte was also acting as panchayat katte but only for small meetings. Some rustic games were also taking place near this somberi katte during ugadi festival and during ooru habba. All these practices gradually faded away with time”.

“Since last few years the beggars and other homeless people are using this place to sleep during the afternoons and nights. Mostly the neighborhood people use this space as a place for meeting and casual talks. Many school children play around this Banyan tree with cycles (pointing to a group of kids over there). When asked if women are hesitant to use the place, she told,”The people in this neighborhood are known to each other ( sort of relatives) so women don’t mind coming to that place as all the people using the space are known to each other”. We got a sort of same reply from a middle aged women.

The old man told, ” I’m living in this neighborhood since my childhood. The surrounding place has undergone lots of development since last 20 years with the coming up of many new buildings and new roads. But the katte is same since many years. The villagers have believe that a snake lives in this banyan tree, it is the same snake that is protecting the tree. It is because of this belief that people hesitate to cut even the branches of this tree”.

The old man added “I’m not happy with the way the place is being used by the beggars. They bring all sorts of food by begging and cook it behind the tree. These kind of activities make the pace dirty and unhygienic”.

When asked about what can be done to solve this, he suggested to establish the god/goddess near the tree and make shelter for it. He told,”Bringing religious touch to this place stop these activities and help in keeping the place clean. The villagers cannot shoo the beggars away from using this place due to the sympathy and mercy of the neighborhood people. But, if the katte is made as place for religious activities then they will stop using it in the way that they are using now”.

Children who came near katte told me that they come here regularly, often by cycle. When asked about their address they told that their house is in the street next to one where the katte is.

To request permission to use or reproduce any of the content from CEPT Portfolio please contact portfolio@cept.ac.in